The Korean giant – Samsung has begun spinning out the February 2021 Security Patch update to the Galaxy A20s users. The update appears on the firmware version A20FXXU2BUB1/ A207FODM2BUB2/ A207FXXU2BUB1 and weighs around 567.71 MB in size. The latest update is currently rolling out only to the Indian users, and we can expect the wider release shortly. 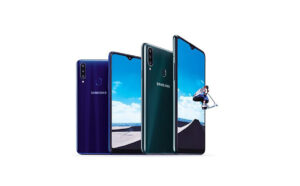 According to the release note, the update features the new Security patch, bug fixes, enhancements, optimizations, and improvements. Except for these, reportedly, there were no new features in this update. As a result, this update is pushed only to increase the smartphone security patch level and improve performance. 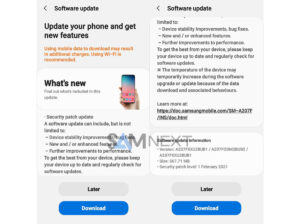 Like all the other updates, the company is pushing the update in batches, and everyone will be experiencing it in a few days. As always, users can head to Settings>Software updates to manually check the status. We additionally propose you to switch to a WiFi network to stay away from data charges.