Samsung Galaxy A20, Galaxy A30, Galaxy A50, and Galaxy A70 receiving April 2021 Security Patch update

From the past few weeks, Samsung is regularly rolling out security and software updates regularly to the eligible devices. The Korean giant has now begun rolling out the April 2021 Security Patch update to a couple of smartphones. The line up includes Samsung Galaxy A20, Galaxy A30, Galaxy A50, and Galaxy A70. The new updates are gradually rolling out to the respective smartphones. 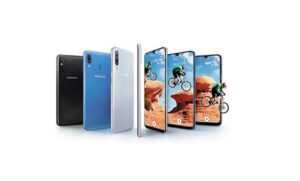 Talking about the Galaxy A20 update first, it bears the firmware version A205FNXXSABUD1, and it is rolling out in many countries like Afghanistan, Armenia, Azerbaijan, Saudi Arabia, Ukraine, and Uzbekistan. At the same time, the same update is rolling out with the build number A205SKSU7BUD2 in South Korea.

Coming to the Galaxy A30 update, it dispatches with the software version A305FDDS6BUD4, and as of now, it is limited to UAE only.

Last but one, the new update for the Galaxy A50 carries the firmware version A505FDDU7CUD1, and currently, it is rolling out only in the Indian markets. Talking about the changelog, it incorporates improvements for Bluetooth Connectivity and stability functions. Apart from this, there’s nothing in this update. It weighs nearly 141.16MB in size.

The update for Galaxy A70 houses with the firmware number A7050ZxS5DUD1, and it is currently limited to Ukraine. In contrast, the same update is rolling out on the firmware version A7050ZxS5DUD1 for China and Hong Kong users.

The Galaxy A20, Galaxy A30, Galaxy A50, and Galaxy A70 users from the respective countries as mentioned above will be able to se a pop-up notification after the update reaches their device. Alternatively, the update can be checked manually from Settings>Software updates>Check for the updates.