Samsung Galaxy A10 gets the May 2021 Security Patch update

After the Galaxy A8+ and a few other devices, the Galaxy A10 becomes the latest device to join the May 2021 Security Patch update party. The new update for the Galaxy A10 is seeding on the firmware number A105MUBU6BUD1. Currently, the firmware is taking place in Brazil, and the information about the other countries is not available. 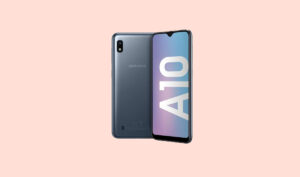 If we go ahead with the changelog, the firmware adds the latest monthly security patch and applies the LGPD (General Personal Data Protection Law). There’s no more available in the release note, a.k.a changelog of this update. However, we can still expect user-reported bug fixes, improvements, and a few optimizations.

Like the other previous firmware updates, the new update is also turning out in a phased manner. So, users may need to wait for a few days or weeks to experience the latest update. In the meantime, the Galaxy A10 users can check the update manually by heading over to Settings>Software updates and check for the updates.