Samsung is one of the leading smartphone brands in many countries. As the entire world is fighting against the COVID-19, Samsung is helping the most affected countries by donating amount or medical supplies. 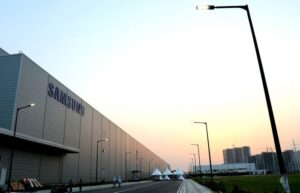 A few weeks back, Samsung has said that it will import one million Low Dead Space (LDS) syringes from South Korea to India to support the COVID-19 vaccination. As said, the company has today imported 1 Million LDS Syringes from its home country to India.

The LDS syringes usually reduce the drug left in the syringes after an injection, reducing vaccine wastage. Furthermore, 20% more people will be able to get the dose with the same amount of vaccine.

The first 325,000 units of airlifted LDS syringes from South Korea have already been handed over to district administrations in Lucknow and Noida (Uttar Pradesh). At the same time, the other 350,000 LDS syringes will be handed over to the Greater Chennai Corporation (Tamil Nadu) shortly. All of the imported syringes will be dispersed to the Covid Vaccination Centres in the districts. 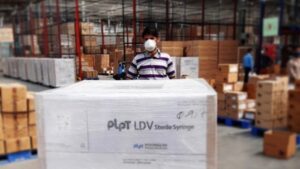 How are LDS syringes different from others?

As said earlier, the main theme of LDS Syringes is to decrease vaccine wastage and increase efficiency. For instance, if the existing other syringes deliver one million doses, the LDS syringes will be able to deliver 1.2 million doses with the same amount of vaccine. As a result, there’s a 20% greater efficiency. 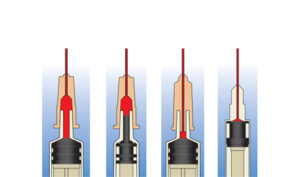 Furthermore, the innovative LDS syringe has been introduced for usage in many markets, including the United States, to optimize vaccination.

During India’s first fight of COVID-19, Samsung has pledged an amount of USD 5 million (INR 37 Crores) to help India fight against the COVID-19. Apart from these, a few other USD 2 million worth medical supplies donations include 100 Oxygen Concentrators, 3,000 Oxygen Cylinders, and one million LDS syringes.

Up Next: May 2021 Security Patch update is now rolling out to the Galaxy M51.