Good Lock is one of the powerful applications for Samsung devices. The company is also updating the Good lock-based applications regularly by providing bug fixes and introducing new add-ons or features. Today, Samsung has started sending a new update to the Good Lock’s Navstar and Multistar applications. 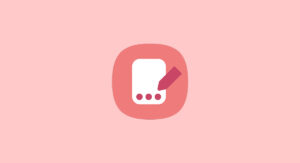 Discussing Navstar update first, it dispatches with a new add-on, bug fixes, and changes. The firmware adds the “Show task stack” feature for quick app switching in the navigation bar on Fold 3 and tablets. It’s also worth noting that the new feature will appear only on devices running One UI 3.1.1 Skin or later. The screenshot of this new feature is dropped below. 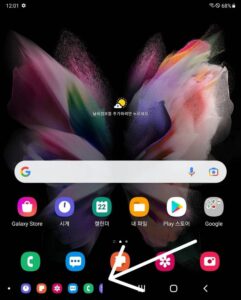 Furthermore, the firmware also changes the notification method of the required permission, and it also includes bug fixes. The latest firmware has started appearing on the software version v3.2.3.43. 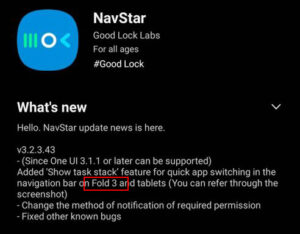 Forthcoming to Multistar’s update, it takes place on build number v4.5.9 and includes fixes for well-known issues. The firmware brings a fix for the wrong value return from the ‘All apps’ in-app picker list. It also fixes the linked menu of some functions in Fold 3/Flip 3. 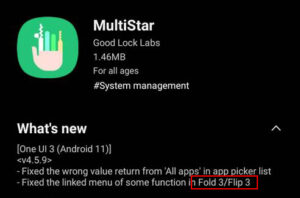 At the moment, the Galaxy Z Fold 3 and Flip 3 are not official, but the new app updates are specially rolled out for the respective devices. It means Samsung has already tested the application’s functionality on new foldable devices, and it’s fixing the issues accordingly.

As these new updates are specially rolled out for the upcoming foldable devices, you might not found them effective on your devices. However, some other fixes can also be expected in these new updates.