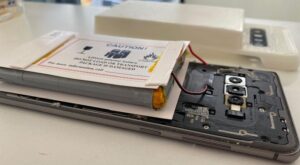 A Reddit user named T-VIRUS 691 has posted a few images and details about the Galaxy S10+ smartphone by adding an extra battery. The man has simply added an extra 10,000 mAh battery on the top of the Galaxy S10 Plus 4,100 mAh battery. So, by this process, he was able to increase the battery life to 14,000 mAh.

Just adding the battery and using the smartphone will not work. After adding the extra battery, the user has also performed few tests on the smartphone whether all the features are working perfectly or not. As per the user report, the Galaxy S10+ gives high-performance levels after adding an extra battery. Furthermore, many features, including the headphone jack, microSD card slot, and AMOLED screen, are working up to the mark.

The man has also stated that ‘he can charge the wifes S10 5G without leaving myself without power.” Except the NFC and wireless charging, everything seems to be working perfectly. Regarding the NFC and charge issues, the man has mentioned, ” the wireless and NFC coils will be moved above the battery cell once i work out how to make an extension cable for it.” 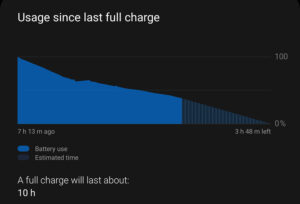 Apart from these, the man has also attached the battery graph, which indicates the phone is running for over 10 hours on a full charge. Concerning the battery, he said, “The first half of the graph was with the original battery (draining it to match the same voltage of the 10,000mah cell i added) and the second half of the graph is heavy usage with the 14,000mah total capacity (continuous tethering, youtube, max screen brightness. etc) to drain the battery as fast as possible in order to calibrate the battery meter.”

In the present days, the flagship phones can run continuously up to 7-10 hours after a full charge. We can’t even expect bigger battery lifes from the company for flagship models because they cost more, acquire more space, and the smartphones weight will also be increased. So, the only possible way to increase the battery life of a smartphone is to add an additional battery. However, there might be some risks and circuitry issues in the process, and some features may not work up to the mark. 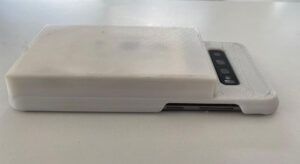 Up Next: Google Chrome 92 Beta Version is now available for download.