The Korean giant – Samsung is regularly launching plenty of new smartphones with the latest processors and others. Here’s the complete list of the new Samsung smartphones launching in the next 30 days, i.e., Marchi 2021. 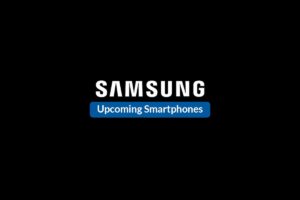 Last month, Samsung has officially launched the Galaxy M12 smartphone in Vietnam markets. As per the sources, the device is expected to hit the Indian markets by the sending week of March 2021. The device is expected to carry a price tag of Rs. 12,000. However, the price varies for different variants. Talking about the key specs, it comes with a 6.5-inch HD+ display (720 x 1600 pixels), 90Hz refresh rate, and it might be powered by Exynos 850 Chipset. There’s a quad rear camera and an 8-MP single front-facing camera. It runs Android-based One UI skin out of the box and packs a 6,000 mAh battery. 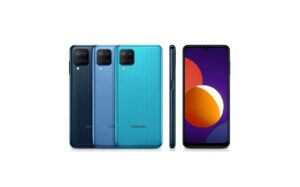 The Galaxy A32 5 G’s support page is already live in India, which hits that the device is expected to hit the Indian markets shortly in the coming days. The device is listed with an SM-A326B/DS model number followed by a piece of general warranty information. Talking about the secs, it features a 6.5-inch HD+ Infinity-V Display and is powered by an octa-core SoC paired with 8GB RAM and 128GB onboard storage. There’s a 5,000mAh battery that comes with 15W fast charging support. It features a quad rear camera and a 130MP single front camera.

Similar to the Galaxy A32 5G device, the support page of the Galaxy A52 is also live on the Samsung India website. Apart from the model number and warranty information, there’s nothing listed on the website. The device carries the SM-A525F/DS model number. Some of the smartphone features include a 6.5-inch AMOLED display with a 90Hz refresh rate, Snapdragon 720G processor, etc. It comes with 8GB RAM and 128GB internal storage. Moreover, it houses a quad rear camera and a 4,500mAh battery with fast charging support of up to 25W. Based on many rumors, the phone is expected to launch shortly in the Indian markets.

Like Galaxy A32 5G and Galaxy A72, the support page of the Galaxy A72 goes live in India. The device carries the SM-A725F/DS model number, and there’s nothing more in the listing. The device may come with a 6.7-inch 90Hz AMOLED screen, a quad rear camera setup, and a 32-MP front camera based on a few leaks. There’s also a 5,000 mAh battery. Moreover, it is powered by a Snapdragon 750G for the 5G model and Snapdragon 720G for the 4G variant. As of now, apart from these, there’s no more information available about the smartphone.

The smartphone is expected to launch shortly in India and it might go on sale only through Flipkart. As of now, the smartphone specifications, release date and price information is not available.

It is also expected to go on sale in Flipkart after it’s launch. Apart from this, mo more information is available about this smartphone.

Note: The upcoming Samsung launches mobile list is based on the company’s rumors and official leaks. So, we may not guarantee that these devices will be launched at the exact time.

Related: List of Samsung Galaxy phones and tablets getting 4 years of updates.