Instagram will soon let users to save stories as drafts

The Facebook-owned popular application – Instagram is one of the most trending social media in the entire world. The company has been working continuously by developing it to attract more visitors and gain more popularity. Coming to the point, Instagram has announced a new feature that allows you to save your Instagram Stories as drafts and post them later. 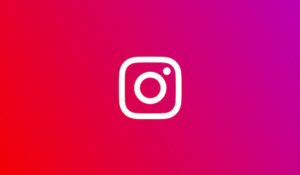 According to Instagram, the story drafts feature is one of the most requested by many of the users. However, this option is already available in Instagram reels. This new add-on has a couple of advantages – it will provide more flexibility and help brands who want to post their update at a particular time.

Something new is coming 📣

Soon you'll be able to

A couple of hours after the official announcement, the researcher Alessandro Paluzzi has shared a few images of the new Instagram Stories drafts feature. The image hints that the new add-on will come with three options: Discard, Save Draft, and Cancel. This new option makes users to draft their designed stories and pos them later at any time.

As of today, there’s no more information available about the release date and availability of this feature. However, we can expect it to release in the coming days as the feature is already live for some users. Also, note that the draft option is only available for the stories.

Talking about the previous news, Instagram is also warning users to be careful of scammers who are hacking the accounts frequently by sending a fake notification alert. So, make sure to be cautious of scammers.