The Tech giant – Google has started rolling a new update to the Google Camera app (aka Pixel camera). The update comes on the build version 8.2.204, and it is available only for the selected Pixel devices. However, it is expected shortly to release to the other devices too. 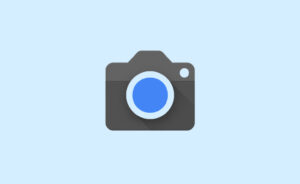 Must See: Samsung starts rolling out the One UI 3.1 update to the Galaxy M51.

As per the changelog, the update adds the Night Sight in Portrait and Camera modes, Video stabilization modes, and New zoom buttons. Talking in brief about the changes, the update allows users to record ‘hands-free’ videos by swiping easily.

Previously, recording videos was a great task as users need to press and hold the shutter. If we move our finger from the shutter, then the video recording gets stopped automatically. The new zoom buttons make users to zoom in or out easily, and you need to tap and hold a zoom button or pinch-zoom to use the full zoom slider. With the new ‘hands-free’ mode, you will be able to handle the camera well instead of hold the shutter.

The above are the major changes that can be encountered in the latest update. Apart from these, the update also incorporates the different Video stabilization modes. However, you will be experienced all the major changes while using the Camera application. Interested users can follow the below URL to download the latest version of the Google Camera App from the Google Play Store.

Up Next: Samsung Galaxy Note 10 Lite picks One UI 3.1 update.