After smartphones, Samsung has now started updating the applications now. Today, many applications, including the Game Launcher, Private Share, SoundAssistant, Digital Wellbeing, and One Hand Operation+ have started receiving new updates. Let’s have a detailed overview of each update below. 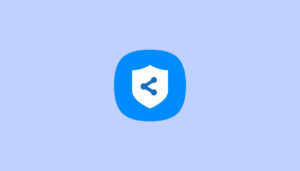 The new app update for the Game Launcher brings a couple of performance improvements and bug fixes. After installing this update, your games will be grouped automatically. It means you will no longer need to waste your time searching for games or arranging folders. Furthermore, you can also enjoy instant plays with downloading and as usual, you can enjoy games on your device via the Game launcher.

Moreover, the maximum capacity sum has been changed from 20MB to 100MB. As file capacity increases, Private Share users should be updated App.

The latest update for the SoundAssistant application bears the build number v4.1.00.2, and it has started appearing on almost all of the devices. It restores the floating button and enables customizing via volume panel (Interworking with Themepark). Apart from this, the update also fixes the problem that the concert hall doesn’t work intermittently.

Concerning the Digital wellbeing update, it fixes some minor bugs and introduces the feature to turn on or off Bedtime mode on now. Apart from this, there’s nothing new in this new update.

Talking about the One Hand Oneration+ update, it includes nothing apart from the bug fixes and stability improvements.

All these updates have started appearing on all Samsung devices. Users can navigate directly to the Galaxy App Store and start installing them. The screenshots of these updates are dropped below.

Up Next: Here’s a first look at Samsung’s version of Wear OS, ‘One UI Watch’.