We have seen multiple leaks about Samsung’s upcoming Z Fold 3 and Z Flip 3 smartphones in recent days. Today, as per the new leak, it is confirmed that the Galaxy Z Fold 3 will be official in the 512GB Storage variant also. 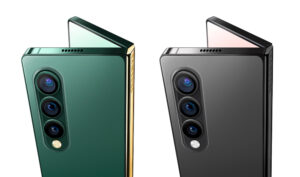 According to the information by FrontTron, a new leak has shown the existence of a 512GB Storage variant. A few model numbers have confirmed the existence of the 512GB variant: SM-F926N512, SM-F926NK512, and SM-F926N_512. If we go ahead with the listing, it suggests that the 512GB model will be available in almost all the countries, and it will be the top variant of the upcoming Galaxy Z Fold 3.

While the 512GB storage variant has confirmed, we don’t have any information about the RAM availability of the particular variant. However, similar to its predecessor, it may also pair with 12GB RAM. However, we can expect more information to anticipate soon before its launch.