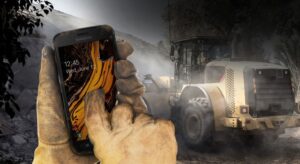 The new update for the rugged smartphone comes with a couple of new features, add-ons, optimizations, improvements, refreshed UI, and bug fixes. In addition, the update should include new features like One-time permissions, chat bubbles, conversation notifications, screen recorder, Notification history, Media controls, and so on. The new firmware also includes the June 2021 Security Patch inside it, which was already released separately for a few countries.

The latest firmware also brings the ability to remove GPS location data from images, adds a bunch of new languages to Samsung Keyboard, and brings a few other changes.

As said earlier, the new firmware is currently turning out in Poland, and it may take a while to reach all the other regions. Meanwhile, users can head over to Settings>Software updates and check for the updates. If the update pops up there, download and install it to experience new goodies and changes. It is also necessary to maintain at least 60% of charging before updating to prevent carrier data charges.

The Galaxy XCover 4s is receiving the monthly security patches regularly. Here are the details of the June 2021, May 2021, and April 2021 Security Patches.

Up Next: Samsung Galaxy Z Flip 3 arrives on the FCC with 5G support.