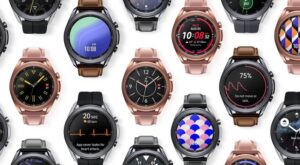 According to the FCC listing, the Galaxy Watch Active 4 will carry two different model numbers: SM-R875 and SM-R870. As shown in the images, the first model, SM-R875, will support the NFC and LTE. Additionally, it is confirmed that the new Watch will come with Wi-Fi (802.11a/b/g/n) and Bluetooth. So, this could mostly be the LTE variant of Galaxy Watch Active 4.

At the same time, the second model, SM-R870, could only come with support for Wi-Fi (802.11a/b/g/n) and Bluetooth. Therefore, it indirectly confirms that it could be the Wi-Fi model of the Galaxy Watch Active 4.

Apart from the two model numbers, a new Galaxy Watch has also cleared the FCC certification carrying the model number SM-R890. Unfortunately, apart from the Bluetooth and Wi-Fi connectivity options, there’s nothing more available. The Watch is listed along with the EB-BR890ABY battery, EP-OR825 wireless charger, and EP-TA200 travel adapter. As it is the first leak of the SM-R890 model number, it is unsure about the device.

Up Next: Galaxy Tab S5e at Verizon starts getting the Android 11 update.