These Galaxy Tablets are receiving the May 2021 Security Patch update 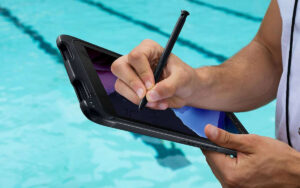 The May 2021 Security Patch update for Galaxy Tab Active3 (LTE) has started appearing on the build number T575XXS3BUE2, and it is currently limited only to Hong Kong. Regarding the changes, the update adds the latest Android security patch and brings enhancements. For precise information, we have dropped the changelog below.

Forthcoming to the Galaxy Tab S6 Lite’s update, the security patch for the month of May 2021 is rolling on the firmware variant P610XXU2CUE1 for the France and South Korea users. In contrast, the update is spinning on the build version P610ZCU2CUE2 for Chinese users. If we go with the changelog, the latest firmware brings bug fixes, stability improvements and increases the security patch level. As always, we have added the changelog below.

The exact changes may differ depending on your device model, country/Region, and service provider.

Last but not least, the May 2021 Security Patch is rolling for the Galaxy Tab S6 Lite (LTE) on the software version P615CZCU3CUE2. The firmware is currently limited only to the Chinese markets, and we expect more countries to follow soon. The security patch brings bug fixes and adds the latest available Android security patch. The changelog is the same as the Galaxy Tab S6 Lite’s update (Above).

Related: These Samsung Galaxy devices are getting the May 2021 Security Patch update.