A few days earlier, the WFA has approved the Android 11 update for the Galaxy Tab Active Pro. Now, the tab has begun getting the Android 11-based One UI 3.1 update. The new update carries the firmware variant T545XXU3CUF7_B2BF, and currently, the update is rolling out in Thailand. At the moment, we don’t have information about the update availability in the remaining countries. 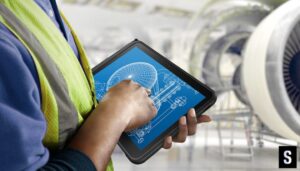 The changelog of the update is currently unavailable. However, similar to the other Android 11 updates, it should also incorporate a couple of new features, bug fixes for known issues, optimizations, and improvements to the system and applications. The latest firmware should include new features like Conversation notifications, Notification history, Chat bubbles, screen recorder, Media controls, and much more.

Furthermore, It is confirmed that the latest update includes the June 2021 Security Patch. After installing the update, you will be able to notice every small change while accessing your tablet.

Like the previous updates, it’s also worth noting that it is also turning out in a staggered way, and hence, users may need to wait for several days or sometimes weeks to experience it. As always, the update can be checked manually by making a beeline to Settings>Software updates and check for the updates. Suppose any update pops up there; download and install it to experience the latest changes.

According to Samsung, all the devices will receive only two major Android updates after its launch. The Galaxy Tab Active Pro was released with Android 9, and it also received the Android 10 update last year. As a result, the tablet will no longer receive major updates. Nonetheless, it will receive the Security Patch updates quarterly.