Earlier this year, Samsung introduced the Galaxy S21 Series as the successor of the S20 Series, which was official in February 2020. And now, it looks like the next generation of these two Series is already in the works, and we are almost 8-9 months away from its official launch. Furthermore, we have also seen a few leaks in recent days about the Galaxy S22 Series. Below are the leaks and concepts of Samsung’s upcoming Galaxy S22 Series, which we have seen so far. 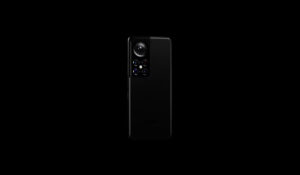 Note: We will update this article frequently with the leaks, rumors, and concepts of the Galaxy S22 Series.

The previous leaks have already confirmed that the Galaxy S22 Series is in the works. But once after releasing the new foldable devices on August 11, 2021, Samsung will shift its complete focus on its following S Series smartphones.

According to the latest rumor, Samsung’s new Galaxy S22 series is rumored to be released in January 2022. The premium Galaxy S22 Ultra will feature a 200-MP five-lens camera on the rear side. Furthermore, the device will be powered by Samsung’s S Pen and Japan’s Olympus technology.

The concept video is prepared based on the recent rumors. The video showcases the predicted design of the smartphone alongside a few key specs.

According to Technizo Concept, the device might sport a 6.8-inch Super AMOLED display, and for capturing selfies and videos, there’s a punch-hole camera. Like the Galaxy Z Fold 3, We can’t expect the under panel camera for the Galaxy S22 Ultra. Because it looks like it’s too early stage, Samsung may not introduce it under panel camera.

Under the hood, the smartphone is expected to be powered by an Exynos Chipset paired with AMD GPU. It is rumored to get support for ray tracing and variable rate shading. The Galaxy S22 Ultra might also appear with S Pen compatibility, but unfortunately, there might not be a separate slot.

Coming to the camera department, in recent times, there were a couple of rumors hinting Samsung’s collaboration with Olympus for the camera part on the rear side. On the rear side, there’s a 200MP Image sensor (Olympus Camera). And similar to the existing models, Samsung might add an ultrawide angle lens, a telephoto lens, and the periscopic lens for the remaining cameras.

Furthermore, the Galaxy S22 Ultra concept images have been showcased in five color options: Green, Blue, Black, White, and red. Apart from all these, the fan has also integrated a built-in cooling fan in the concept images. The built-in cooling fan helps for hours of intensive gaming sessions without overheating issues. Nonetheless, as these are the concepts, we can’t expect them in real life.

Moving ahead to the other features, similar to its predecessor, it might also pack with the USB Type-C port at the bottom, and as per the concept images, there’s no audio jack. Interestingly, the volume button is separated into two instead of merging both into a single one. However, as said above, as there are concept images, we can’t expect the same.