From the past few months, Samsung is continuing its streak to send the security patch updates initially than all the other OEMs. And once again, the company has become the first smartphone brand to roll out a new security patch. But this time, Samsung started rolling out fresh security updates to some other series. Today, the Galaxy S10 Series users from the Czech Republic have begun receiving the July 2021 Security Patch. 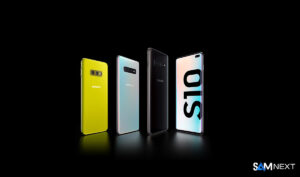 The new update can be identified on the firmware variant G970FXXSBFUF3, G973FXXSBFUF3, and G975FXXSBFUF3 for the Galaxy S10 Series. However, the build number may vary from one region to other.

Concerning changes, the changelog of this new firmware remains a mystery at the moment. However, as it is the regular monthly security patch, we can’t expect any significant changes besides the general bug fixes and performance improvements.

As always, the updates are also turning out in a phased way and hence, the Galaxy S10 Series users may need to be patient for several days or weeks to get them. In the meantime, users can also head over to Settings>Software updates and check for the updates.

Must See: List of Samsung devices getting five years of security patch updates.