In recent times, we have seen Galaxy A30s, Galaxy W20 5G, and a few other devices receiving a new update. Now, it’s the Galaxy M51 tasting a new update with the latest May 2021 Security Patch update. The firmware version M515FXXU2CUD4 can identify the update. At the moment, the update is taking place only in Brazil. 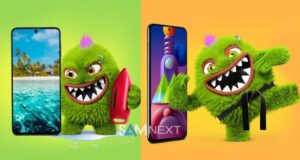 Related: Samsung Music starts getting a new update with a couple of changes.

The LGPD attempts to unify the over 40 different statutes that currently govern personal data, both online and offline, by replacing certain regulations and supplementing others.

The update is expected to expanding in other countries shortly within the next few days. Likewise, the update can be checked manually from Settings>Software updates and check for the updates.

Samsung introduced the Galaxy M51 in many markets across the world in 2020. The phone flaunts a 6.7-inch Super AMOLED Plus display with a 1080 x 2400 pixels resolution. An octa-core processor based Qualcomm Snapdragon 730G (8 nm) Chipset powers the device. On the board, it comes with 128GB internal storage and 6/8GB RAM.

For photography, there’s a quad rear camera and a 32-MP single camera on the front side. The phone bots with Android 10 and a 7,000 mAh battery backs it.