It looks like Samsung is working on a new smartphone under the Galaxy M Series named Galaxy M22. A few hours earlier, the device has visited the FCC Certification website. The FCC listing has revealed a few key specs of the device, including the connectivity options. 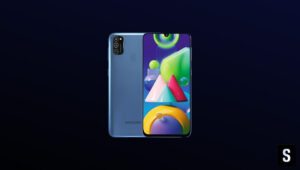 As per the listing, the Galaxy M22 has visited the FCC Certification with model number SM-M225FV. The charging capabilities and other specs about the battery have also confirmed.

The device will come with support for fast charging up to 25W (9V, 2.77A). Furthermore, the phone will ship with a 15W fast charger (9V, 1.67A) out of the box. The connectivity options of the Galaxy M22 include Wi-Fi 802.11 a/b/g/n/ac, Bluetooth, GSM Technology, and it also has NFC. The screenshots of the FCC listing are dropped below.

Last month, the device visited Geekbench carrying the model number SM-M225F. The device has received a score of 374 in the Single-Core test and 1361 in the Multi-Core test. The listing also confirms that the upcoming smartphone will be powered by an Octa-core processor based MediaTek Helio G80 SoC.

The device has 4GB RAM on the board, and the other variants are unknown at the moment. Out of the box, the phone may run Android 11-based One UI 3.1 Skin. Apart from this, there’s no more available in the Geekbench listing.

Concerning the battery, the gadget may be backed by a 6,000 mAh battery similar to the Galaxy M32, which was introduced recently in the Indian markets. The other specs of the device, including a Camera, Storage, sensors, remain unknown at the moment. However, we can expect more information to anticipate soon before its official launch.