On the previous day, the Galaxy M31 and Galaxy M30s have received new security patch updates. Now, it’s the Galaxy M21 and Galaxy F41’s turn to get the taste of the June 2021 Security Patch. 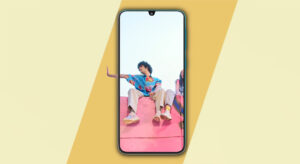 The June update for the Galaxy M21 is taking place on the firmware version M215FXXU2BUF1, and it weighs approximately 446.29 MB. Concerning changes, the latest firmware adds the Clipboard feature, enhances the quick share, and brings the latest security patch. The new update is currently taking place in Indian markets.

Coming to the Galaxy F41 update, the Indian users have begun to experience the June 2021 Security Patch on the build number F415FXXU1BUF1. The latest firmware weighs around 438.13MB in size, and it dispatches with the Clipboard feature, and it also adds enhancements for the quick share. 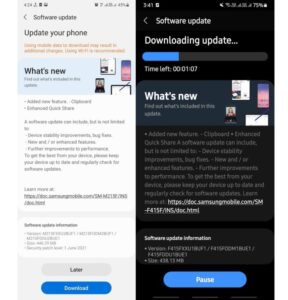 Most of the Galaxy M21 and Galaxy F41 users from India have already begun experiencing the updates. In case if you have not received the update, head over to Settings>Software updates and check for the updates. Suppose the update pops up there, download and install to get the taste of new features.

Up Next: Samsung Notes starts getting a new update with several new add-ons.