On the previous day, the Galaxy A70 and Galaxy A02s have received new security updates in different regions. Today, the Galaxy F62 is joining the July 2021 Security Patch update batch. The update bears the software version E625FDDU1AUG1, and it weighs around 951.65MB in size. The users from India have already started picking the new update. 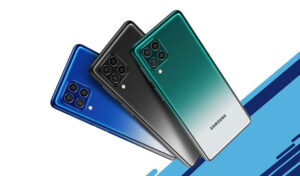 As per the changelog, it is mentioned that the new firmware compromises performance improvements for the camera and adds the July 2021 Security Patch. But surprisingly, the update weighs 951.65MB, which means it might also include some other changes or features rather than the release note. However, you will be undergoing the changes while using your device.

Furthermore, as per Google and Samsung’s July security bulletin, the firmware should also include fixes for 41 CVEs from Google and 8 SVEs from Samsung.

As always, the OTA update is turning out in a phased manner, and it usually takes a week or more to appear on all the devices. Nevertheless, the Galaxy F62 Indian users will receive a notification automatically when the update arrives on their smartphone. Alternatively, you can also head to Settings>Software updates and check for the update.