Many devices, including the Galaxy A02s, Galaxy S10 Lite, and many more, have experienced new updates in recent days. Now, it’s the Galaxy A70’s time to taste the July 2021 Security Patch update. The new update holds the software version A705MNXXU5DUF2, and as of now, users from Brazil have begun getting it. 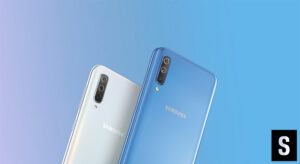 According to the official release note, the firmware dispatches new security patches, enhancements, and a few other improvements. It brings enhancements to the Quick Share and improves file sharing between Galaxy devices using Quick Share. Besides these, there’s nothing available via this new firmware.

If you are a Galaxy A70 user from Brazil, you will be notified automatically when the update arrives on your device. Alternatively, you can also make a straightway to Settings>Software updates and check for updates. If you see any new update there, download and install it to get the taste of the latest security patch.

In the meantime, the other country users of Galaxy A70 should be patient for a few more days or weeks to get the July update.

Must See: Galaxy S22 Series might come with 200MP Olympus camera and launch in January 2022.