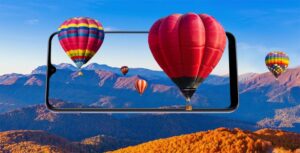 The Samsung Galaxy A30s with the model number SM-A307FN/DS has been spotted by us on the Wi-Fi Alliance database (WFA). If we go with the listing, apart from the arrival date ‘2021-05-26’ and the Android 11 confirmation, as usual, there’s no more available. However, as the device has received approval, we can expect the Android 11 update to be rolled out in days or sometimes hours. Below is the screenshot of the Galaxy A30s Android 11 approval. 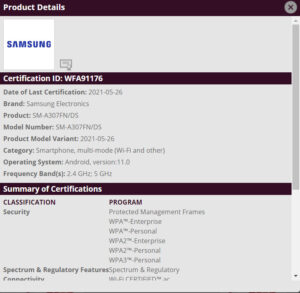 Earlier two weeks, the Galaxy A30 has also cleared the WFA listing while running the Android 11 OS, and within a few days, the device has secured the update. So, we expect the same to happen with the Galaxy A30s as they both are of the same family.

Up Next: Samsung Imports 1 Million LDS Syringes to Support COVID Vaccination in India.