Galaxy A10 starts getting the Android 11-based One UI 3.1 update

Ahead of the One UI 3.1.1 release event, Samsung has now begun sending the Android 11-based One UI 3.1 Skin for the Galaxy A10 smartphone users. The latest update appears on the firmware version A105FDDU6CUH2, and currently, the users from India have begun tasting it. 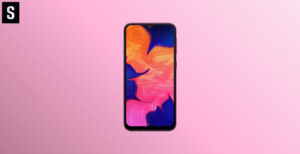 According to the changelog, the new Android update dispatches with a couple of new features, optimizations, bug fixes, improvements, etc. Unfortunately, Samsung has added the June 2021 Security Patch instead of the July or August patch.

The firmware includes new features like conversations section, chat bubbles, one-time permissions, screen recorder, auto permissions reset, Dynamic media controls, temporary permission to apps, and much more. Nonetheless, you will be undergoing all the changes and new add-ons while using your device.

Furthermore, the software update also packs with the updated Samsung stock applications. Many applications like Samsung Internet, Samsung Keyboard, My Files, My Gallery, Calendar, Messages, etc., will be updated to the latest version after installing the firmware.

The Galaxy A10 users from India will be notified automatically if the update reaches their device. Alternatively, users can also head to Settings>Software updates and check for the updates physically. As it is a massive firmware, we also suggest you to maintain at least 60% of charging before installing it to avoid interruptions.

Will Galaxy A10 receive more updates?

The Galaxy A10 was released in 2019 with an Android 9.0 (Pie) operating system out of the box. Later in 2020, it was updated to the Android 10 software. Presently, Samsung started to release the Android 11 os for the Galaxy A10 users limitedly. As the device has received two major Android updates, it will not receive significant firmware in the future. According to Samsung’s security update list, the Galaxy A10 is scheduled to receive the security patch updates quarterly.

The phone features a 6.2-inch IPS LCD display with a resolution of 720 x 1520 pixels. It comes with 2/4GB of RAM and 32GB internal storage. There’s a 13-MP rear camera and a 5-MP single front-facing camera. Under the hood, an Octa-core processor-based Exynos 7884 (14 nm) Chipset powers the gadget. A 3,400 mAh battery backs the phone, and out of the box, it boots with the Android 9.0 (Pie) operating system.