Google is working at an extreme speed to develop the Chrome 92 with new & planned features. Last week, Google released the Chrome 91 in the Stable version. As we all know, the company will release a new major or minor update for every six weeks. And, at this time, Google has released the first beta version of Chrome 92, and it is available for download officially. You can follow below to download the Chrome 92 beta Version. 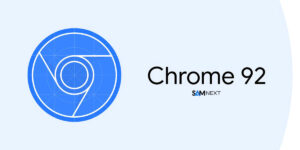 If we move closer to the changes in this new update, the Chrome 92 Beta appears with File Handling API, allowing different web applications to read and write files. For instance, after a text editor, PWA has registered itself as a file handler, you can right-click on a .txt file in your operating system’s file manager and instruct this PWA to (always or just once) open .txt files. It means that the PWAs are just a (double) click away from the file manager.

Apart from this, as per the release note, the Chrome 92’s Beta version also appears with New JavaScript Features and so on. With this new update, you will be able to Change in Allowed App Shortcuts. It also Adds the size-adjust descriptor for @font-face, dayPeriod option for Intl.DateTimeFormat, actions to the Media Session API, etc. Furthermore, the SharedArrayBuffers on desktop platforms is now restricted.

Up Next: Samsung rolls out Android 11 update to the Galaxy A20e.