Apple has introduced the “Apple Pay” in many continents, including Africa, Asia-Pacific, Europe, Latin America, the Caribbean, Middle East, and North America. And till now, Apple Pay was not available in the Korean markets. Now, it looks like Apple Pay is miles away from its Korean debut, and it might be available in the country by the end of this year. 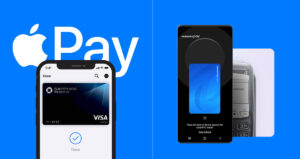 As per the last year’s news, the Card issuers from the country have made several attempts since 2015 to bring the Apple Pay to the Korean markets. Nonetheless, the attempts failed because Apple has demanded transaction fees and asked to install payment terminals for Apple Pay.

Furthermore, Apple has demanded higher commissions on payments to enter into the Korean markets than others countries. As Samsung Pay was not charging any commission for payments, the Apple Pay’s plan went down.

Will Apple Pay release in Korea?

Earlier this year, the South Korean government has announced a $133 billion investment for its new initiative named “K-New Deal.” The main motto of the initiative was to boost the NFC infrastructure for smartphone transactions and design a better platform for Millennials (born 1981-1995) and Generation Z (born 1996-2005) people.

Presently, the recent news by tipster Frontron hints that Apple Pay is in consultation on the part of the “K-New Deal” business’ NFC Payment Platform Strategy in Korea.

Among the “K-New Deal” projects, a new strategy for the NFC payment platform is set in the domestic financial sector in the “MyData Program,” which will be promoted starting from August.

On the other hand, as Samsung Pay is not available for Apple users, many iPhone users are eagerly waiting for the release of Apple Pay so that they can make payments within their devices.

UP Next: Samsung rolls out the Android 11 update for Galaxy M01s.