Android is the widely used operating system on smartphones, with over 3 billion active devices worldwide. Day by day, more users are prefering Android for low and medium-budget smartphones. Up until this point, around 12.44% of Android gadgets are running Google’s latest Stable Android 11 operating system.
To compete against other operating systems, Google is working hard to include new unique features. In the progressing Google I/O event, the company has official released the Android 12 developer beta preview.

Must See: Google Photos to Get Locked Folder for private images.

In the past, we have seen Google releasing a few leaks and a couple of developer previews. Now, the Android 12 developer beta preview is out, carrying some cool and unique features.

We have seen a massive change in the user interface from the Kitkat to the Lollipop Android version in the past. From that point onward, the UI has been something similar, and there were no critical changes made. Google says the Android 12 will now include the most significant design change in Android’s history.
The whole experience, including the shadings, shapes, light, motion, etc., have been revamped completely. The outcome is that Android 12 is more expressive, dynamic, and individual than ever before. 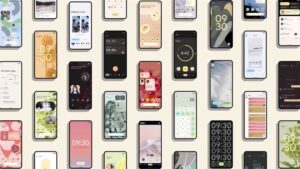 As always, the newest Android versions are released to the Pixel devices initially. With Android 12, users will be able to customize their devices with redesigned widgets, custom color palettes, etc.
Previously, the dark and light modes were changed automatically based on the dark and light colors in the wallpapers. But now, the colors and widget backgrounds will be adjusted automatically by identifying the available colors in the home screen wallpaper. After detecting the colors, they will be applied automatically to the entire operating system, including the lock screen, the volume controls, the notification shade, new widgets, and so on.

Furthermore, Google has announced the ‘Material You’ design in Android 12. It is Personal for every style, Alive & Adaptive for every screen, Accessible for every need, etc.

Compared to the present and past Android Stable versions, the phone will react rapidly to your touch with smooth movement and animations. For instance, in the event that you eliminate the notifications on your lock screen, the clock will appear larger so that users will be able to understand that there are no notifications available.

Furthermore, Google has simplified interactions and recrafted the entire underlying system to make the user experience efficient and fluid. The Android 12 additionally improves the battery life of the smartphone by controlling unnecessary actions. Hence, you will be able to use your smartphone for a longer time on a single charge than in the past. This was possible by reducing the 22% of CPU time needed for core system services and the big core system server by 15%.

Like the Realme UI custom skin, the notification bar of the Android 12 was designed by adding the names of the respective icons followed by a rounded rectangle. The notification shade likewise conveys the media you’re right now tuning in to or watching.
As said before, Quick Settings are modified, which lets you to take over the control of the entire operating system with a swipe and a tap. The Quick Settings area has been rebuilt to add Google Pay and Home Controls. In short, users will be a having everything in one easy-to-access place.

Private and secure by design

The Android 12 incorporates new features for the app, which share your data and more controls. The new attributes are going to give more transparency.
Moreover, Google has added a new privacy dashboard in the Android 11. It allows users to take a single view into your permissions settings. The many options, including the location usage, camera & microphone permissions, and a few other permissions, can be checked directly at the Privacy Dashboard.

Like iOS 14, Android 12 also houses a new feature on the top right side of the status bar. The feature allows users to know which apps are using a camera and microphone. For instance, whenever you are on a video call, the icons in the status bar will be shown in yellow colors, which means the camera and microphone are in use for the respective app.

Besides the privacy features and others, the Android 12 also compromises privacy protections straightforwardly into the operating system itself. There are likewise different opportunities to utilize AI to make new highlights. However, this will require pairing with powerful privacy.

The new Private Computer Core feature allows users to keep their personal information more safe and secure on their smartphones. It also enables a few features like Live Caption, Now Playing, and Smart Reply. All the audio and language processing happens on-device, isolated from the network to preserve your privacy. 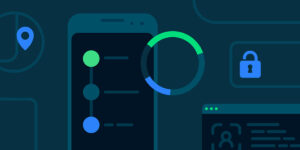 As said earlier, the Android 12 likewise includes notification improvements. The notification panel has been completely revamped and added with rounded rectangles, and there’s a search bar present in the bar as per the previous leaks. 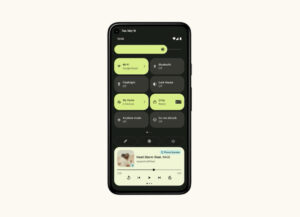 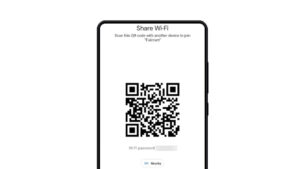 This is a similar existing feature from iOS. Google has introduced it for the first time in the Developer preview one, but the feature was not utterly active as it was hidden. Later on, in developer preview 2, the company has brought this feature effectively into the work. After activating this feature from the settings, the top half-or-so of the display will be pulled downwards, and you can easily access icons, buttons, etc. At the moment, this feature is unofficial, and we don’t know whether Google adds it or not. 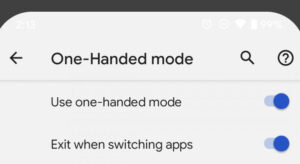 Up Next: Google and Samsung team up to create a new OS named ‘Wear’.